Know the past … to build the future 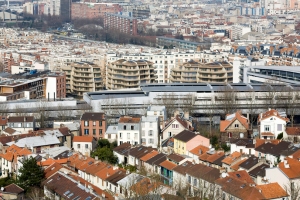 Landscape architecture has to take into account the local, the historic, the organic…

Most people think landscape architecture is about creating pretty lawns and gardens, but there is much more to it than that. The way cities design their outdoor public areas can have a huge impact on the way citizens interact with each other—how they gather and order their social lives, says Swiss landscape historian Michael Jakob, who curated the recent exhibition, ‘The Swiss touch in landscape architecture’.

“A key feature of good landscape architecture is the respect for the spirit and the history of the place, the ‘genius loci’. Landscape architecture as practisedshould always be a dialogue; a way to discuss and redefine traditions. It is never self-referential, but open to people, to discussion, to the future,” says Jakob. “Only if you understand the past can you build the future.” Landscaping, he thinks, has to be dictated not only by beautiful design, but by local topography, geology and social conditions. “Ours is a country without resources, except rocks and water. Having learned to survive gave birth to a culture of respect, of not wasting things, of looking for the best possible way to design. The presence of the mountains, of formerly wild nature, is a central element,” explains Jakob. “The mountains remind us of famine, of the cold; and at the same time of fresh air, liberty, and the sublime.”

Experts agree that the best landscape architecture is not just pleasing to the eye; it is rooted in local scenery, and is evocative of emotions such as pride, joy, freedom, the search for proportion and symmetry, and love of nature. This is why public spaces such as Bangalore’s Cubbon Park or New York’s Central Park are inviting spaces – because they incorporate elements of nature into their structure.

While more formalized parks and gardens in India are thought to have been influenced by a European colonial heritage, Jakob clarifies that there is no such thing as a ‘European style’. “Rather, there are different schools, tendencies and traditions that intermingle. However, by comparison, one could say that Swiss landscape is more subjective (French landscape architecture is more self-referential; elegant for the sake of elegance); more formally beautiful (compared to a certain heaviness of the Germans) and more contemporary (compared to the British, who are still in the 18th century),” he says, while maintaining that good landscape architecture is both local and universal. “Take the fact that the landscaping in front of the British House of Parliament in London was designed by a Swiss studio (Vogt).”
At the same time, a universal homogeneity of design is a real danger. “The world becomes more and more the same and loses its individuality. Landscape architecture has to take into account the local, the historic, the organic. But local traditions can be wrong too, and landscape architecture can correct things,” he says.

The Himalaya is mightier

While Bollywood has shaped much of Indians’ idea of the Swiss landscape, Jakob says it comes as a surprise to him that we have “such an interest in the Swiss Alps given [your] wonderful and incredible mountains”. “The image of the Alps (think of Heidi, Toblerone) has been fabricated. It’s a myth, but a very powerful one. The ‘ideal landscape’ is a man-made and European category as well. Indian culture has other ways to explain nature, but the European reading became dominant over time,” he explains.

What are the evolving trends in landscaping around the world? “Today we don’t simply want to create beautiful projects; we think of their existence in the long run. The older tradition of landscape architecture was to build something that immediately looked finished, like a postcard,” he says. “Good landscape architecture today is not a decoration; it is open to future change; it is open for different uses; it is not standardized. It is reflective, not commemorative.”

One reason to love nature

It’s one of the best carbon sinks we have. Forests in the US, Europe, and Russia socked away more than 700 million tons of carbon a year during the 1980s and 1990s. END_OF_DOCUMENT_TOKEN_TO_BE_REPLACED